Non-Development of Being: Why Can’t We Be One? 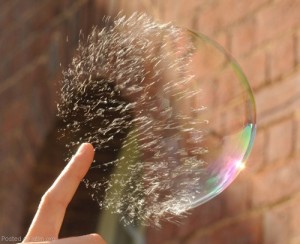 Before beginning such an interesting, complex and strange argument, it would be better to read what has been said by individuals more competent than myself  (and I suppose, most of the readers), about our true nature. Permit me the freedom to choose among these great individuals – one ,that is, in my subjective opinion, one of the most simple and sincere – Alfred Orage.  These qualities of simplicity and sincerity, made the explanations of complex arguments, more accessible to the large reading public.  In fact, in his essay, Doing as One Likes, he explained, ”There are two people, so to say, in each of us,- one derived by heredity from our parents and the other composed of all the influences we have received from the society in which we happen to have been born. By heredity we may be one sort of person; by training and education we may be quite another…”

What does it mean? Each of us have two fundamental tracts, better known by those who undertake serious inner research, as Being (or, to use a religious term- Soul). The other tract is our character.

We might say that Being (in this case used as a noun, not as a verb) is the real man or woman. To achieve his terrestrial experience, he needs two fundamental ”tools”:  a physical veichle (a body) and the intellect. The Being of a very young child has the possibility to use these tools, so that he perceives the external world by his physical senses, but he hasn’t any possibility to interact: his body is still undeveloped. Neither can he have any contact with the other, because his intellectual tool can’t perform any type of theory about what he perceives, can’t make any association to his sensation and can’t share the acquired experiences because he lacks a method of comunication – he hasn’t learned yet, to speak.

During the next years of development, both body and intellect grow. So, the Being begins to learn how to use the tools to experience the external world: intellect serves to imprint the experiences in his memory, to make associations, drawing useful results to continue his physical experience. A common example: a child sees a flame of a candle and is attracted by this flame because it is something that the Being has never before experienced, so the impulse grows, to touch it. So, using his physical tool, the child touches the flame and, of course, he burns his fingers; the intellect perceives the pain, so he memorizes the experience as – flame is painful. This memory would prevent the child from burning his body in the future. But, the lesson is not accomplished yet: the child sees the attracting red luminosity of the electric stove – this is not similar to the flame he experienced before, so he, moved by the impulse of the Being, touches the stove and he burns his fingers again. It deserves some similar experiences before the child could make the conclusion that all that burns, creates pain. The Being, using the body senses in accordance with the associations of previous experiences, and making the appropriate relations, begins to learn something new.

So, the Being learns only through direct experience. His nourishment are the sensations that he perceives through the physical vehicle: he eats impressions! What he can touch gives him impressions, and his sensibility grows in relation to the number of experiences achieved. Cutting off the possibility of new experimentation means stopping the Being’s development.

Unfortunately, this limitation begins when the child learns the first external education: first by the parents and then by the school and society in general who, gives him some indications about what is correct and what is not: do this and not that, and when the child grows, these indications become more complex and abstract, such as this is ”good” and this is ”bad”. The material vetoes become moral, based on conditionings and not explanations. This situation blocks every possibility for new experimentation, thus  blocks the Being’s growth.

The intellectual center grows in a disproportionate manner acquiring information, ideas, rules, notions, morals, religious and social dogmas. Even the emotional field grows relatively – and dependently, if the education acquired by the individual was based on emotional or intellectual data. The only part which remains undeveloped is the Being – what we really are. We have acquired tons of rules and impositions about what we must and what we must not. No one asks us what we really want to do, or better, what are our real needs.

These needs are the necessity for Being to acquire new experiences and to grow. This is the real reason why we ”can’t be”. Our Being hasn’t a real possibility for  free experimentation and expression. When the individual becomes an adult, the only thing he can do is to use the information learned as conditionings, and mix them, achieving the illusion of having some ”freedom of choice”.

Catastrophc, isn’t it? So, that ”catastrophc” results in what we have become, (myself included)! That’s our life!

The only possibility to overcome this stagnant situation is to re- create a new possibility for development. Firstly,  by recognizing our real situation , (no, sorry, “experiencing it”) and digest this information. Believe me, this is not simple for anyone. To acheive this aim, we must free our mind of the preconceptions acquired from the external world as dogmas, focusing all our attention on the Being, forgotten in our early childhood. We don’t deserve new intellectual theories or laws – our mind is full of such information. All these concepts – the Law of three, seven, one, randomless, karma, multiple “I”- are useful and indispensable to understand the dynamics that imprison us in the situation we are in. But I’m also sure that almost everyone of us could write ten dissertations on these topics. Now, when we have such information, let’s live and experience them as they act on our everyday life.

Not even a teacher could make this effort for us: a guide is an advantage in order to understand more things, to spur us on with new insights, to dissolve some doubts. But only our hands can touch and experience. Only our eyes can let us see. Only we can do something to change our habits and begin a new life. No one else, besides ourselves. It’s not so simple, but, such effort is worth it.

1 Response to Non-Development of Being: Why Can’t We Be One?